New AADA Chair and Board Members 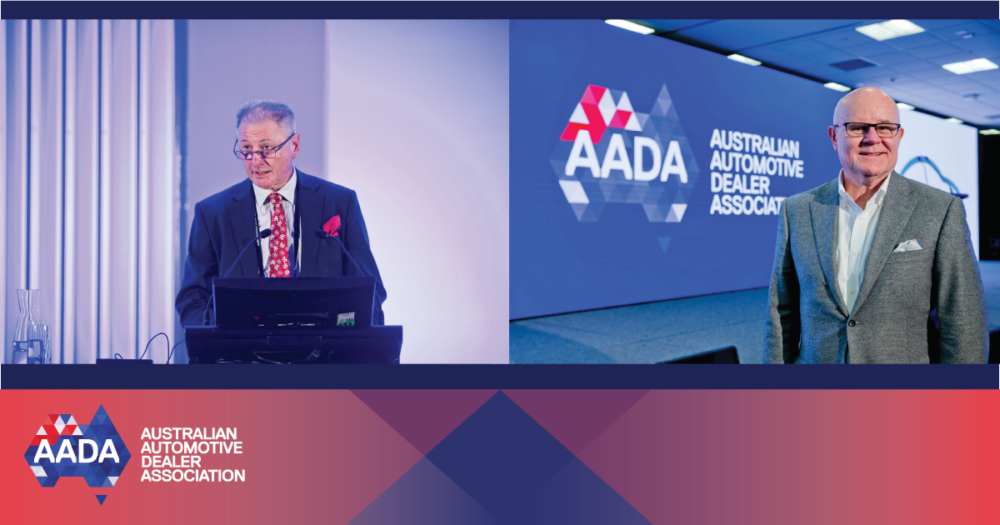 In November we were pleased to announce that the AADA Board elected David Blackhall as the Australian Automotive Dealer Association’s new Chairman, commencing his duties as an independent director following the AADA Annual General Meeting on 16 November 2021.

David has excellent industry experience through a long and successful career in the automotive industry. As the former CEO of the AADA (2016-2019), David also has extensive experience in working with the Government and industry. During his time as the AADA CEO, he made some significant gains for the AADA and its members. Since 2019, David has continued to provide valuable support to the AADA and its members as an independent consultant, supporting the AADA in its fight for better automotive franchising regulations.

Separately, the AADA also welcomedÂ two new Directors to its Board. Edwina Gilbert, Executive Chair of the Phil Gilbert Motor Group, joined as a Director for New South Wales and David Reynolds, Managing Director of the Steinborner Automotive Group, is the Director for South Australia. Both Edwina and David have extensive experience in the automotive industry and have served on the Australian Motor Dealer Council.

We’d like to take theÂ opportunity to acknowledge outgoingÂ Chairman Terry Keating for his leadership and guidance over the past six years. Terry has played a significant role in making AADA the peak Dealer body in Australia, recognised by Dealers, other industry bodies, regulators, and the Government. Terry was instrumental in convincing the Dealer councils to commit to an adequate level of funding for the AADA. He has presided over several major achievements, including the hard-fought reforms to automotive franchising laws and the reversal of plans to allow for parallel imports of new vehicles to name a few.

The quarterly updated and published December edition of the Automotive Dealer Magazine is now available and can be accessed online. This edition is packed with news and features providing crucial information and opinions on key issues impacting Dealer organisations and profitability. Download your copy today. Download Magazine