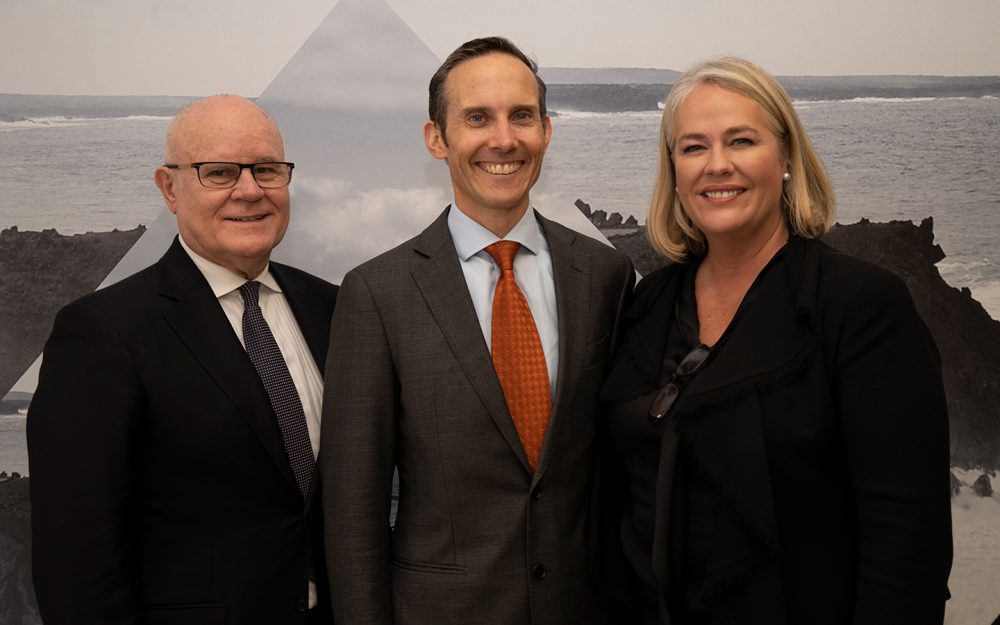 The Shadow Assistant Treasurer, Dr Andrew Leigh, provided the keynote address on the first morning of the Convention. In his address, Dr Leigh spoke eloquently of the power imbalances underlying the relationship between OEMs and new car Dealers, which leads to unproductive behaviours and additional costs to both Dealers and their customers.

Dr Leigh highlighted the apparent failure of the Franchising Code to deal with such issues effectively and indicated that, should the Australian Labor Party gain government at the next election, it would seek to put in place an industry-specific Automotive Code to address such imbalances and other issues that pertain specifically to the industry in Australia.

After his address, Dr Leigh accompanied AADA CEO, David Blackhall, on a visit to a local new-car dealership on the Gold Coast where Rebecca Frizelle – Group Operations Manager for the James Frizelle Automotive Group – explained the operations of the dealership and introduced him to some of their staff, including some enthusiastic apprentices and trainees. Dr Leigh and Ms Frizelle also discussed some of the more contentious issues affecting the industry.

Politicians and Regulators useConvention as a Platform

In addition to the address by the Shadow Assistant Treasurer, Dr Andrew Leigh, Convention attendees were treated to some high-value presentations from senior government figures. This included a keynote address by the Deputy Prime Minister Michael McCormack. The Deputy PM spoke about the impact of new car sales, and road funding on the reduction of...