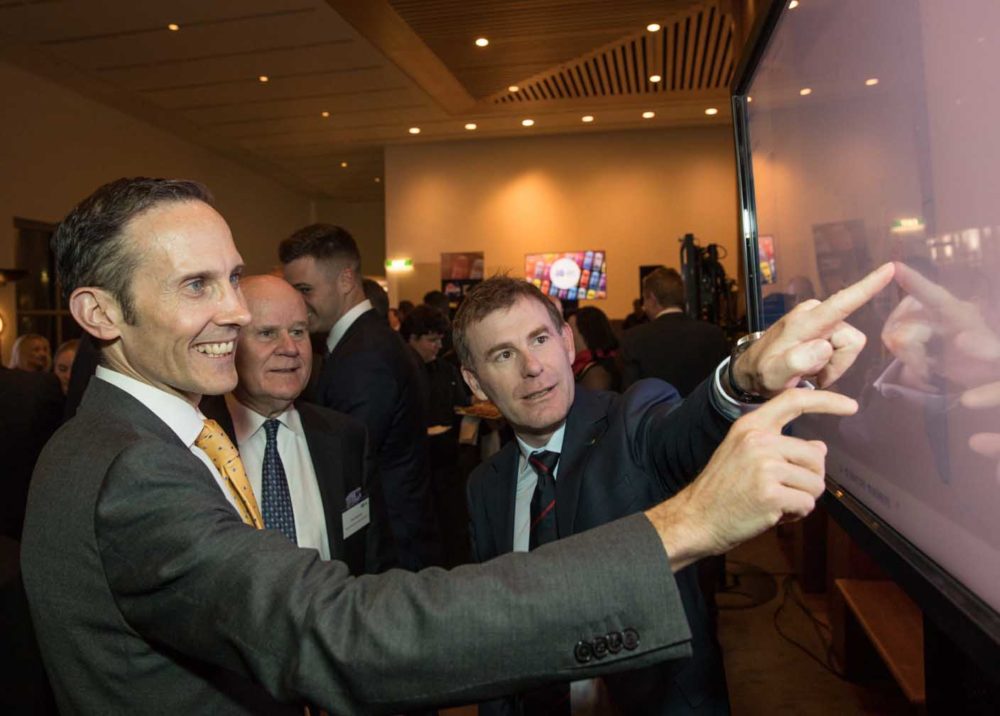 Last Tuesday night the AADA held an event at Parliament House in Canberra at which we launched a new electorate mapping tool called DealerNomics which demonstrates the economic contribution of new car Dealers in Australia.

AADA members will now be able to use DealerNomics at the grass-roots level to have direct conversations with their elected representatives – the first time ever dealers have been able to do so armed with the real facts about car retailing in Australia.

The impact of DealerNomics has already been felt and the event was attended by various federal MPs from both the Government and the Opposition, many of which were very interested to see the contribution Dealers made in their respective electorate of state/territory. Minister for Small and Family Business, Craig Laundy, addressed the event and spoke passionately about the important role new car Dealers play as Australian-owned businesses.

I have often said that the cessation of passenger vehicle manufacturing has left the impression among our political class that there is no longer a local automotive industry. We are hoping to change this perception through the advocacy we are providing in Canberra and DealerNomics is the latest tool we are utilising.

It is more important than ever that decision makers in Canberra are informed over the contribution Dealers make in communities across Australia. Over the past few years the industry has been hit with a raft of regulation and which shows little sign of abatement. The AADA secretariat is currently fighting for Dealers on a number of fronts, including a joint parliamentary inquiry into the effectiveness of the Franchising Code of Conduct; the Federal Government’s likely implementation of a regulatory solution to the sharing of service and repair information; reforms to Australia’s Consumer Law; and ASIC’s reforms on the sale of add-on insurance.

Other regulations are coming with the Federal Government due to make a decision on vehicle emissions and implementation of reforms around the treatment of vulnerable workers.

New car dealerships are located in federal electorates across Australia and legislators need to be made aware of their economic contribution.

I urge you all to visit the DealerNomics website and encourage new car Dealers throughout Australia to make an appointment with their Member of Parliament or Senator to demonstrate our value to this country.

The AADA has assessed the VFACTs March YTD data for the first three month of the calendar year and there has been a 4.4% increase for the month compared to March last year. A list of the top 10 volume brands ranked by +/- to March 2017 can be found below.   March YTD 2018...