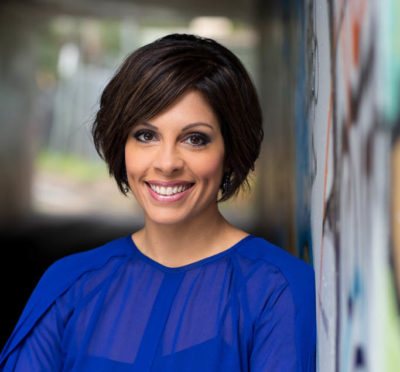 AADA is thrilled to announce that award-winning journalist Anjali Rao will host theÂ 2018 AADA National Dealer Convention, to be held Tuesday 4 and Wednesday 5 September, at the Gold Coast Convention and Exhibition Centre.

The 2018 program will address the changing nature of the modern retail automotive playing field, with a series of innovative tracks designed to help Dealers adapt and prosper in the age of automotive disruption. The program will consist of a suite of workshops, round tables and plenary sessions aimed at educating and engaging dealer principals, management and staff.

Warm, engaging, and funny, Ms Rao is a multi-award-winning television journalist and chat show host who has spent 17 years in the top tiers of broadcast news, current affairs and entertainment. Formerly an anchor at Sky News in London, Anjali spent the last six years as anchor of CNN International’s weekday breakfast show and host of the network’s weekly chat show, Talk Asia; both of which air globally to 220 million households.

Ms Rao has covered numerous breaking news events, such as the 9/11 attacks, the 2004 Asian tsunami, the death of Pope John Paul II, the 7/7 bombings in London, the 2008 siege of Mumbai, and the 2011 earthquake and tsunami disaster in Japan.

With this vast range of experience, AADA believesÂ Ms Rao will prove to be an excellent host. She is a true professional who will continue AADA’s fine tradition of top-quality hosts, following on from long-time host Ian Leslie, and last year’s host, Tracey Spicer.

Ford Australia and the ACCC have agreed on a penalty and settlement of the ACCC action commenced in the Federal Court in July 2017 The settlement and penalty have today been endorsed by the Federal Court Some customer requests for refunds or replacement vehicles were not appropriately handled by Ford when issues with the DPS6...