This is my 45th, and last, CEO introduction to the AADA Newsletter.

As I come to the end of my stewardship, it is a time for reflection, but not a time to dwell overly on things past. My reflections therefore are brief.

I have been personally, constantly rewarded by our amazing progress on the key policy and advocacy targets we set over three years ago; I have been blessed in making astute judgements about hugely capable people and I have been lucky (and often surprised) to find those people willing to serve with me by joining the Secretariat and advisory group; I have benefited from the unstinting support of our Chairman and the Board – led by Terry, the Board’s guidance and oversight has been a crucial factor in our achievements.

I have also had my wife Rhondda by my side at every turn of this unpredictable journey, through the endless travel, Sunday morning phone calls, late night media interviews, the missed dinners, the postponed birthday celebrations and other family rites-of-passage moments that needed to be manipulated to an agenda set in Canberra.

As the politicians say…”I am a volunteer…she is a conscript…”. This is my opportunity to sincerely and publicly thank her for her love and devotion.

I have met with politicians both good and great – and some who were merely serving time and passing though. But I have never met with any who were not motivated by a sincere desire to deliver worthy outcomes for all Australians, albeit often from radically different positions on the political spectrum.

That said, I’ve observed tactics and behaviours that do set one to wondering why common-sense sometimes flies out the window when the political temperature rises.

Democracy, with all its limitations and uncertainties and the complications of human foibles, is a beautiful thing to observe up close. I’ve been privileged to have a front row seat.

With luck, I will spend more time with my wife, my children and my growing brood of grandkids. That is my primary goal and I look forward to it immensely. Also, travel is on the agenda.

Understanding history is a key to understanding the future. Military history in particular instructs us powerfully on the awful consequences that may flow from fatal failures of politics, diplomacy, poor judgment and inadequate planning. This is a passion of mine, so please indulge me a little as I take my final curtain-call.

A few years ago, I visited the Australian WWI northern battlefields – Somme, Bullecourt, Fromelles, Pozieres, Passchendaele,Villers Bretonneux, VC Corner, Pheasant Farm, Flanders, Ypres, the Mennen Gate. Most people under the age of 40 have never heard of these little French and Belgian villages. But, if Gallipoli was the anvil, then these battlefields were the foundry in which Australian’s nationhood was forged.

Now this July, I will achieve a long-held ambition to walk across the sands of Omaha Beach in Normandy. Omaha was one of the critical beach-heads for Operation Overlord, General Eisenhower’s successful D-Day landings that turned the Allies fortunes and led towards ultimate victory in WWII. This year is the 75thanniversary of those momentous events (for more information go to Operation Overlord).

I will try to imagine what it would be like for my 18-year-old grandson to have an M1 Carbine shoved into his hands, to wade neck-deep through the waves, to run across that barren stretch of beach, to shelter by the sea-wall while death and mayhem is unleashed down on him from the cliff-tops towering above. I doubt I could have done it. If the politicians keep their heads, he will never be asked to do anything like that – we wish it ever thus. I’m also planning to visit the John Frost Bridge in Arnhem, Holland. 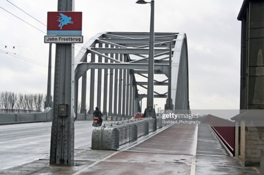 Major General John Frost led the British Airborne and held this bridge against massive opposition during Field Marshal Montgomery’s ill-conceived Operation Market Garden (for more information go to Operation Market Garden). I want to stand astride the walkway and ask myself if I could show the courage those men displayed. It seems impossible and absurd across the distance of 75 years.

Why do these things? Why tread these paths? In Operation Overload and Operation Market Garden we have two famous military operations that bookend climactic battles in WW2 – one, a smashing success. The other, at best, a mediocre inconclusive failure, fatally compromised by Montgomery’s ill-conceived strategic plan and horrific planning and logistical oversights.

History teaches us lessons in a disconnected context today because we live in a time of the 30-second sound bite and the 24/7 news cycle. Walking the theatres of man’s most horrific, and at the same time, magnificent moments teaches us much more.

I wrote earlier about observing, first hand, democracy in action. Sober reflection on how our democratic freedoms were won is important. Omaha Beach and John Frost Bridge will provide new links to those insights – among many others. The Australian War Memorial in Canberra is likewise a place we must all visit often.

As with many aspects of society today, media commentary is dominated by the noisiest few with chips on their shoulders and axes to grind. Revisionist interpretations of our past involvements in military actions abound.

These commentators usually don’t know the facts, have never visited the sites, are unfamiliar with the context. They are only interested in re-inventing history to justify their own views on it. It is a perceptive observation difficult to refute that many modern journalists only feel fulfilled when they themselves become the story. They morph from being journalists to being novelists, writing their own fictional narratives to suit their specific political and social agendas.

I completely reject the argument that visiting these sites is a glorification of war. To the contrary, it is glorification of humanity’s courage in the face of evil, decency towards one another in adversity and the indomitable spirit to survive. What lesson should we teach our children if not that from these great sacrifices our wonderful, diverse and democratic society was forged, survived and thrived?

As to the future of franchised new car Dealers in Australia, I believe it is incredibly exciting. That said, AADA has much left to achieve as this Newsletter demonstrates in the wide range of topics covered. I commend it for your close perusal.

Incoming CEO James Voortman and the Secretariat team he leads will carry the AADA policy and advocacy agenda forward energetically, with determination and professionalism. They will execute with distinction.

As always, I wish you all…