Elections and All That…

You may have noticed a heavy infestation of politicians in your neighbourhood recently. Elections tend to do that. But in the tsunami of media coverage every so often you see something that causes you to stop and think… 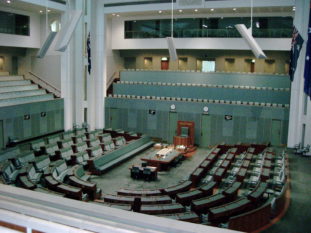 I recently experienced such a moment when I read this headline…

Thinktank says democracy would improve if representation kept up with population.

Now this report appeared in The Guardian and was based on a survey of 1405 Australians – out of 25 million, so draw your own conclusions.

All I know is that, based on our experiences at AADA, we are definitely of the view that 151 members of the lower house, 76 senators and innumerable state and local government representatives are enough to deal with – especially when you consider the awesomely well-funded bureaucracies that back them up.

We recently sent you information on the AADA election campaign entitled Driving Our Future. This material is being widely distributed between now and 18 May. We’re particularly concentrating on the 30 key marginal electorates, sending our message to both sides of politics – incumbent members and key candidates.

To support these efforts we’ve launched the new, improved version of DealerNomics (V2.0). This gives us vastly improved data that allows us to be far more specific about new car Dealers’ important contributions to GDP, employment (including apprenticeships), taxes, registration fees and stamp duties and other relevant metrics by individual electorate.

Please get involved with this tool and make it your personal goal to meet with your local member and take them through the important role you play in your local community.

This week we also launched the 2019 AADA Convention program. This is unquestionably the best programme we’ve ever conducted. Please enrol and plan to be there in September.

I close by reminding you of the significant work AADA has done in the last few years to advance the case for an Automotive Code. As you know, we have a commitment from both sides of politics to deliver such a Code, and we have commenced work with the relevant departments in Canberra.

As the Government (and the bureaucrats) go into ‘caretaker mode’ in the run-up to Federal elections, activity tends to slow a little. That said, we continue our work on the project so that we are in a position to immediately re-engage as soon as we have a government formed after 18 May.

The best part about that scenario is that, no matter the winner, we will have a Code in one form or another. All that needs to be done is to settle the detail – a far better position than we as an industry have ever been in previously.

And we didn’t need more politicians to get that done…