Oliver Cromwell to the Rump Parliament in 1653:

“You have sat too long here for any good you have been doing. Depart, I say, and let us have done with you. In the name of God – go!” 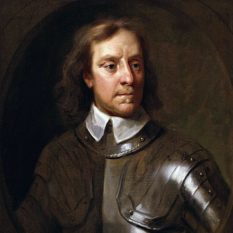 Oliver Cromwell enjoys a special place in history as the first and only military dictator to rule over England, Ireland and Scotland (the Welsh had yet to be convinced of the advantages of English cuisine apparently).

As military dictators do, Cromwell was able to say and do much as he pleased. His words to the “Rump” parliament in 1653 indicate his contempt for the early versions of democracy, although it must be said that the “Rump” was totally unrepresentative of the people – so Cromwell was probably right to want them gone.

Reading the comments from Jennifer Westacott, CEO of the Business Council of Australia, regarding the dysfunctionality we’re experiencing on both sides of our parliament today one might be inclined to echo her sentiments and express a view somewhat aligned with Cromwell’s – let’s dissolve this house and move on to the election of a new government, whatever that might look like.

The Business Council of Australia pleads for certainty and our businesses as franchised new car Dealers need it.

We have broad agreement from both sides of politics for the creation of an Automotive Code to protect franchised new car Dealers from the unfair and onerous business behaviours exercised by some OEMs.

We say, let’s get on and put that protective Code in place as soon as possible – and it will be up to the new parliament to do so.

Your AADA Secretariat team is engaged in a flurry of activity now in the lead-up to the Federal Budget in April and an election sometime in May. This newsletter spells out much of the detailed work we’re doing.

We’ve also been active in the media rebutting distorted and inaccurate portrayals of our businesses as irresponsible and non-compliant lenders – which of course is completely untrue.

This is an unfortunate outcome from the Royal Commission recommendation to abolish the point of sale exemption – and remember, this is a Commission which sat for 68 hearing days, received over 10 thousand submissions but cherry-picked one automotive ‘case study’ to characterise an industry that sold over 1.15 million cars last year and arranged finance for hundreds of thousands of consumers, with low delinquency rates on these loans of less than 0.5%.

This Royal Commission recommendation has been picked up by both sides of politics and stands a chance of being implemented despite a total lack of evidence that there is a wide-spread or deep-seated consumer issue.

It’s enough to make one favour the Cromwell solution…